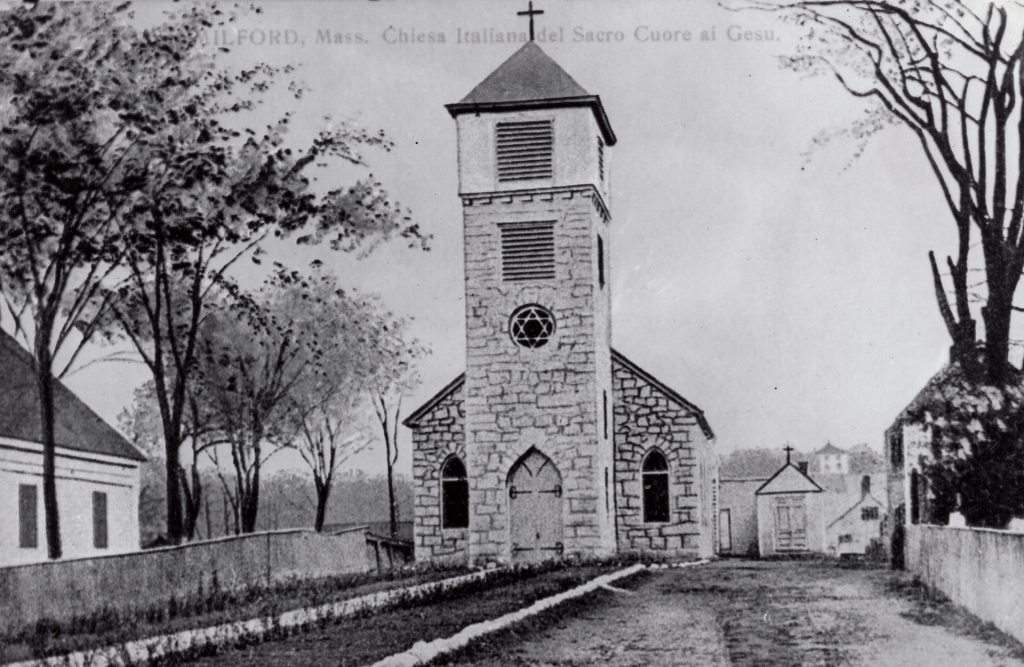 The influenza pandemic of 1918 was the largest loss of human lives in the shortest span of time. So many died that the exact death toll is unknown – mostly due to inconsistent records but also because of the devastation of the Great War, which was still raging as the pandemic hit.

Milford, Massachusetts suffered losses above the average for an American town. Many who died were poor immigrant workers living in the Plains and Prospect Heights sections of town. This was not a democratic disease.  Few wealthy people died of “the grip.” Its victims were the working poor and their children. Between September, 1918 and the end of that year, 105 Milford residents died officially of influenza, with dozens more dying of pneumonia. Almost two dozen babies were stillborn, six taking their mothers to the grave.

The Hopedale Women’s History Project is looking for relatives of those Milford residents who perished from the first modern-era pandemic. Contact Linda Hixon at hopedalewomen@gmail.com for more information.