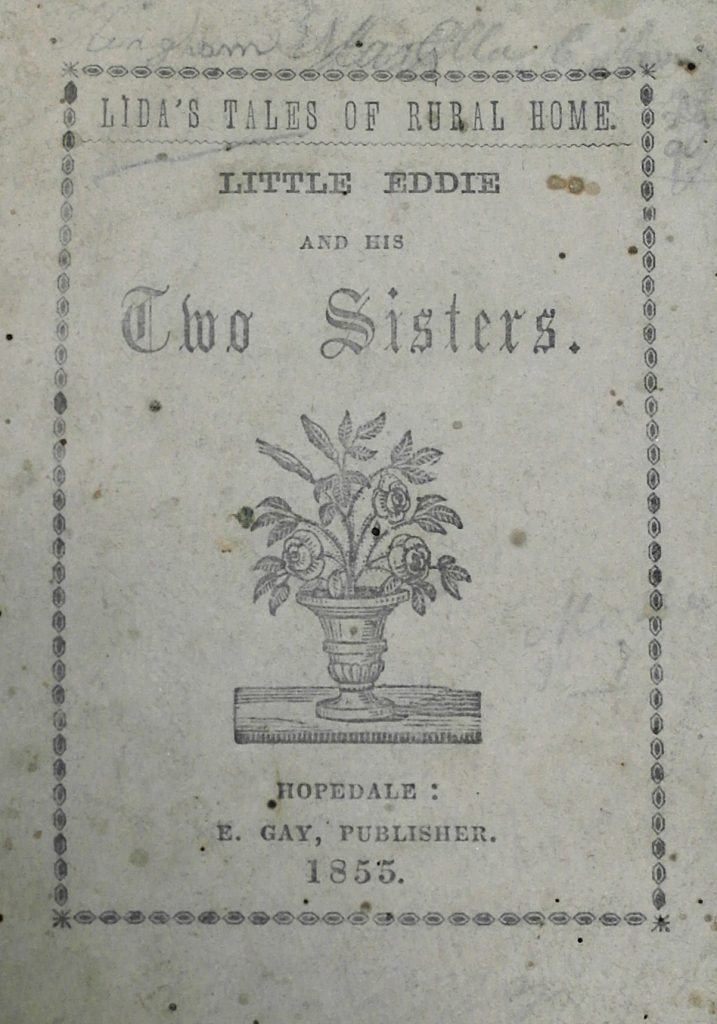 Harriet Newell Greene’s words came to Hopedale before she did.

Born in Rhode Island on January 18, 1819, Harriet came from writing stock.  Some of her female forebears had dabbled in the literary arts, and she first came to Hopedale through her pen rather than in person.  Harriet’s first poem was published in Adin Ballou’s Practical Christian newspaper in 1848, but she didn’t move to the Community until 1852.

Poetry wasn’t her only passion.  Harriet, who married the much younger Brian J. Butts in 1858 as she headed up to her 40th birthday, never had children.  But she had the knack of writing for little hands and little minds.  About 10 of her children’s books on moral values including racial equality, temperance, and spirituality, survive in collections at the Bancroft Memorial Library in Hopedale and the American Antiquarian Society in Worcester.  Harriet often wrote under her maiden name – she refused to use Bryan’s last name until later in life, much to the chagrin of many around her – or under the pseudonym Lida.  More of her books were printed during her lifetime, but some have been lost to history.

There is a tenderness to Harriet’s writing.  Her book, Ralph, or I wish he wasn’t black, is the story of two friends, a young white boy and a young free black boy living in the antebellum north.  Tommy’s father has been abducted under the fugitive slave law and forced into bondage to the south, and Tommy wishes he could “rub off” his black skin.  In her works, the women of the story – the mothers of Ralph and Tommy – stand up for their abolitionist beliefs in a quiet, Christian way, and forgive the evils of the world and the slaveholders in particular.

I own a copy of this book, but the copy I have was printed by a London publisher rather than Harriet’s husband or her dear friend, Emily Gay.  With a new title, a changed ending, and no credit given to Harriet, this tiny plagiarized book is my prized possession, a tribute to a Hopedale woman whose story may have been stolen but should never be forgotten.

Harriet Newell Greene book published in Hopedale by Emily Gay, from the Collection at the American Antiquarian Society.