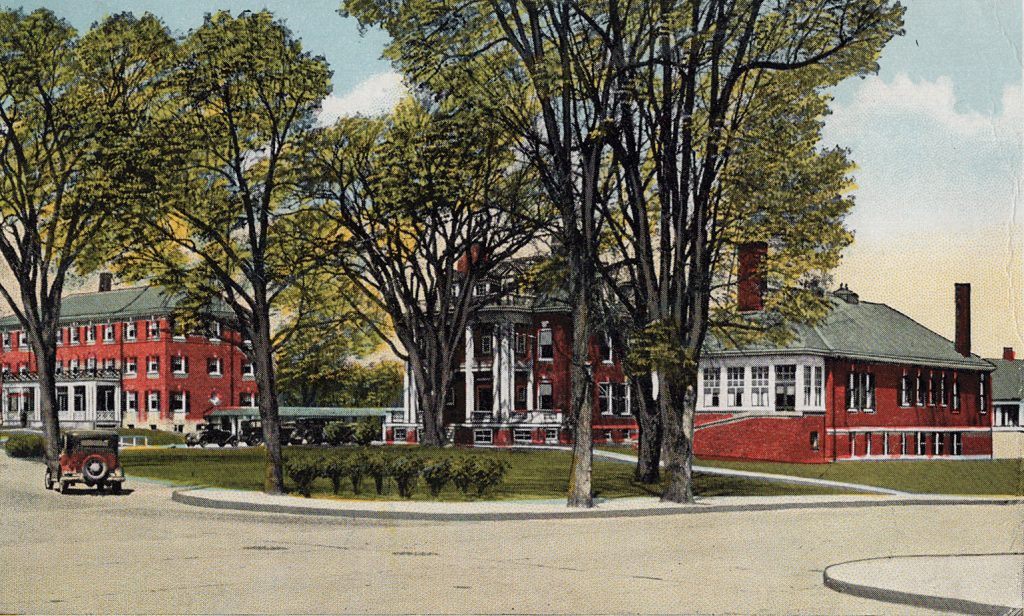 His name was so unusual, I thought he must be yet another of the dozen or so immigrant Draper workers who had succumbed to the influenza pandemic in 1918.  But Watrous Garnsey’s American family lineage went back to before the Revolutionary War.

The Garnsey family had deep roots in Richmond, New Hampshire.  Dozens of Garnseys are mentioned in books about the town, and Garnsey men served in the Continental Army during the Revolutionary War.  Watrous Garnsey, Sr. and his wife, Emily Newhall or Newell were both natives of Richmond, although this branch of the Garnsey family may have originally come from Rehoboth, Massachusetts.

The elder Watrous was born in 1842 and served as a young man in the Civil War.  He earned his military pension and became a farmer.  He was important in the town, even playing tenor drum in the “Richmond brass-band,” which had been organized in June 1874 using instruments bought by John C. Haynes of Boston.  Haynes spent $300 to equip the band, but why he did it is unknown.

Also unknown is the reason Watrous Senior brought his family to Blackstone before 1889.  His father, Amos had died in 1886; that death may have precipitated the move.  Watrous Garnsey, Jr. would be the first member of the family born in Massachusetts in generations; he was born in East Blackstone on February 2, 1889.  But Watrous Junior had a bumpy start in life – just three days after his birth, his mother Emily died, probably of complications from childbirth.

The family stayed in the area, and Watrous Garnsey, Sr. remarried.  After the death of Emily, he the sole parent of three daughters and an infant, so he needed help.  Watrous married Mary E. Mentzer Sawyer in Northborough about a year after his son was born.  It appears it was a second marriage for both of them.

Young Watrous ended up working for the Draper Corporation as an “assembler.”  In the 1915 town directory, he is living on “Green” Street near the railroad tracks with his wife, Mildred F. Pratt and their two children – Alice Augusta, who was born in 1910, and Kenneth W., born in 1912.  Watrous Junior seems to have decided not to pass on his first name, although “Watrous” could be Kenneth’s middle name.  Watrous also did his duty and followed the family tradition of service to his country – or at least he tried to.  He registered for the draft during World War I, and was described on his card as being average in height and weight, but having “Dark blue” eyes and black hair.

Watrous Garnsey, Jr. became ill with the flu before Christmas, 1918, dying in Milford Hospital of pneumonia on December 28.  He was only 29 years old, and had outlived his father by little more than a decade.  Watrous Senior died of nephritis in 1907.