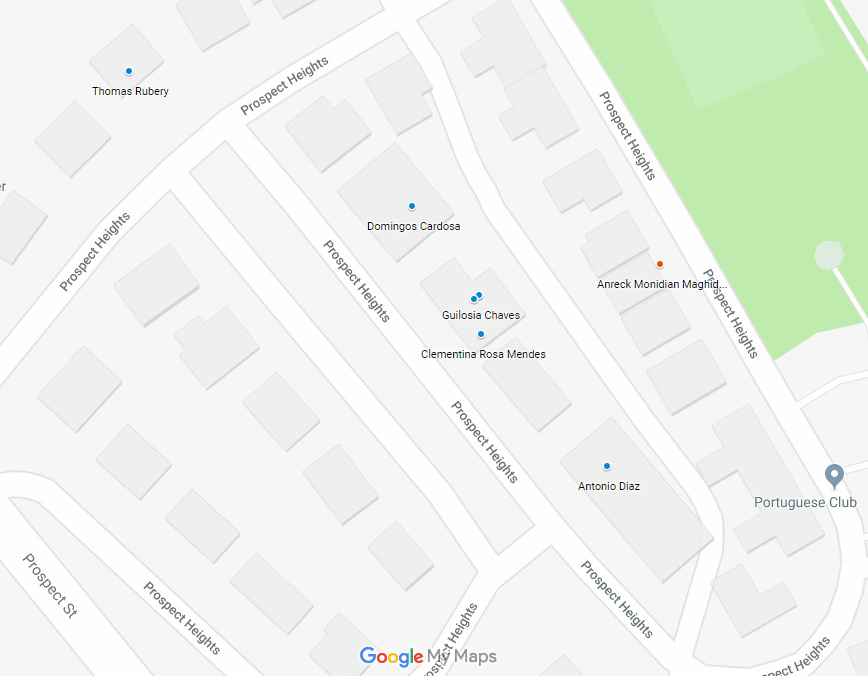 As the second week of October, 1918, began, the saying “Death is my neighbor now” could not have been more apt.

By this time 100 years ago, Hopedale had seen its fifth confirmed influenza death, plus two more deaths that could be attributed to the flu.  Three of the seven deaths were workers from Draper Corporation.

But the adjacent town of Milford was reeling from the pandemic.  By October 9, 1918, Milford, a town roughly five times the size of Hopedale, had seen 57 confirmed influenza deaths, plus another eight deaths to pneumonia which was often the end result of “the grip,” and three stillborn babies.  Five of these deaths were men who worked at Drapers, along with three employees of the Hopedale Manufacturing Company.  All but one of these Hopedale workers lived in Prospect Heights in Milford.

Hopedale and Milford have a shared history.  Hopedale was once part of Milford – founded by Adin Ballou and his Practical Christian followers in 1842, Hopedale was technically a section of Milford until establishing its own town status in 1886.  Prospect Heights existed in that blur of town lines.  Just over the hill from the Freedom and Northrop Street intersection in Hopedale and on the other side of Route 140, this area was built by the Draper Company to house immigrant workers.  And house them it did.  The list of the dead in those first horrible weeks of the pandemic reads like a ship’s manifest, with many Portuguese on the roster – names like Antonio Diaz, Albino Consalves Rua, and Giavanno Mario Sebastiano.  Many of these men were so new to the United States that little can be found to tell their story – except for the fact that they died of Spanish flu.

Domingos Cardosa was an exception.  Born in 1883, Domingos came to the U.S. from the Azores with his mother, Maria, at the age of 7.  She had her hands full – Maria brought five children aboard the ship, the youngest 10 months old, and she was travelling without a husband to help.

Domingos left a gift to us and to his new country – on September 12 of 1918 he filled out a draft registration card.  It’s hard to remember that during the horror of this flu, the Great War was raging in France, and Domingos was ready to do his duty.  On this card, we can see that Domingos was living at 4 Prospect Heights with his “nearest relative” Anna De Almcida – his younger sister, now a married women.  He described himself as tall and slender with brown eyes and dark hair.  He worked as a laborer for Drapers and was 34 years old.

In less than two weeks, Domingos would be dead, yet another flu victim among the dozens falling in Milford.  The day before, Antonio Diaz from 15 Prospect Heights had died, the first in the neighborhood to fall.  Less than a week later, Albino Consalves Rua would also die.  He, too, filled out a draft registration form, telling us he was not married but had served in the Portuguese military for three months as a private.  Short and slender with brown eyes and black hair, Albino was only 26 when he died.

Nine neighbors from Prospect Heights died from the complications of influenza in those few short weeks before the sun set on October 9, including other Hopedale workers.  But this flu did not discriminate among these immigrants – wives Clementina Rosa Mendes, 23, and Guilosia Chaves, 24, lived next door to each other and died the same day.

All over town, the death toll would rise…